The current position of the global coffee trade 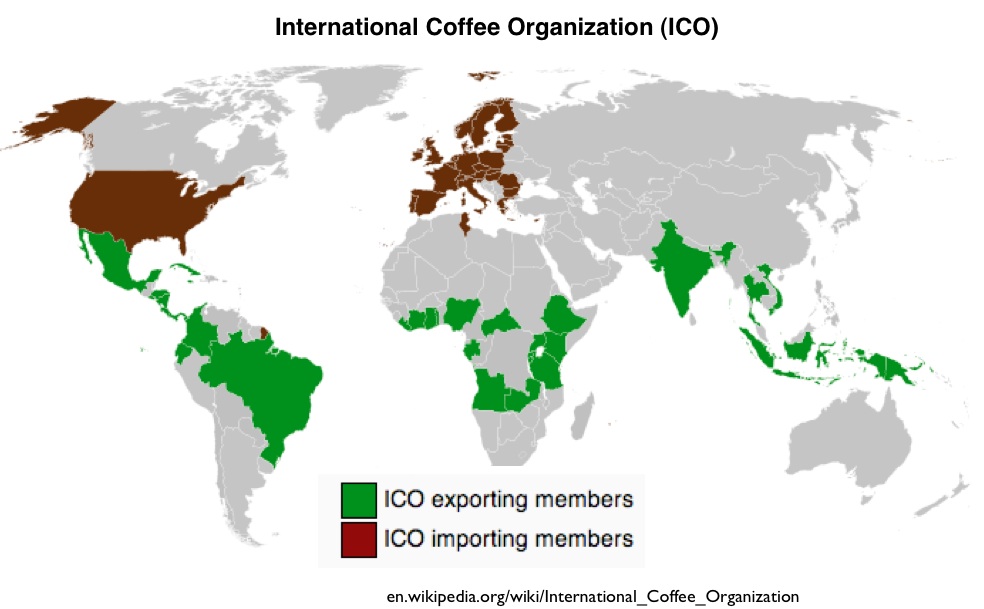 Here we reveal the latest facts and figures about the global coffee trade from the International Coffee Organisation (ICO), from end of October 2016 results.

When it comes to your daily cup of coffee there are many types of coffee beans used, that once roasted all look the same.  However, there are really only two that matter: Arabica and Robusta.  These are the two primary types that are cultivated for drinking.   These two varieties differ in growing conditions, taste and price.  Arabica tend to be a bit sweeter with tones of sugar, berries and fruit.  Plus their acidity is higher.  Robusta tends to have a harsher stronger flavour with a grain-like overtone and peanut aftertaste.  They also have double the amount of caffeine as Arabica beans and are generally considered inferior to Arabica.  But ultimately it’s down to a question of personal taste.

September 2016 was another incredible month for exports, with:

Although overall, world consumption, production and stock ended in deficit for the second consecutive year, the stocks that were accumulated in the bumper harvest years of 2012/13 and 2013/14, have allowed the market to remain well supplied.

Global coffee consumption over the past twelve months also grew steadily.  It is estimated that:

Even though this is all good news, there are still concerns over the supply of Robusta as the increase in Arabica was outweighed by lower shipments of this bean.