8 things that you may not know about caffeine! 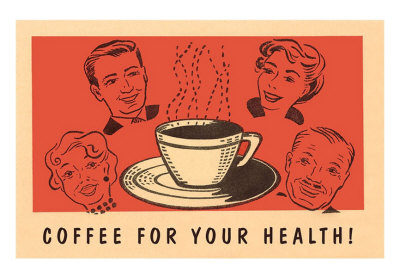 1. Drinking coffee regularly may help keep the heart healthy. Studies have shown that consuming three to four cups of caffeinated coffee each day is linked to lowering the risk of suffering from a stroke and coronary heart disease.

3. Caffeine can make exercise easier. Drinking a couple of coffees before heading to the gym can power up a workout! In a UK study carried out in 2014, people who drank four cups of instant or two cups of filter coffee just before exercise found that the effort put in improved their results.

4. Caffeine can help with pain control. Many over-the-counter pain relievers have caffeine added to their ingredients, which work better than the painkiller such as aspirin and ibuprofen does on its own.

5. Caffeine may improve memory. A study in July 2015 showed that caffeine consumption was associated with better memory and better functioning such as planning, organising and time management. Further research has revealed that it may also assist with the treatment of Alzheimer’s disease.

6. Less is more where energy drinks are concerned. Medical professionals advise lovers of energy type drinks (that can contain as much as 500mg of caffeine per drink which is 5 x more than an average cup of coffee), to consume a maximum of two per day for people 18 or over. They recommend that under 18s don’t have any at all.

7. Caffeine may help lower the risk of colon cancer. An observational study from the end of last year discovered the people with advanced (stage 3) colon cancer, who drank four or more cups of coffee a day, had much lower odds of the disease recurring or from dying from it.

8. Too much caffeine can make you feel stressed and exhausted. Caffeine is a drug. Like any drug it can be harmful when consumed in high amounts. More than 500mg a day (about four cups) can cause; irritability, insomnia, nervousness, upset stomachs, muscle tremors and irregular heartbeat.