The UK now has a new Barista Champion for 2017! 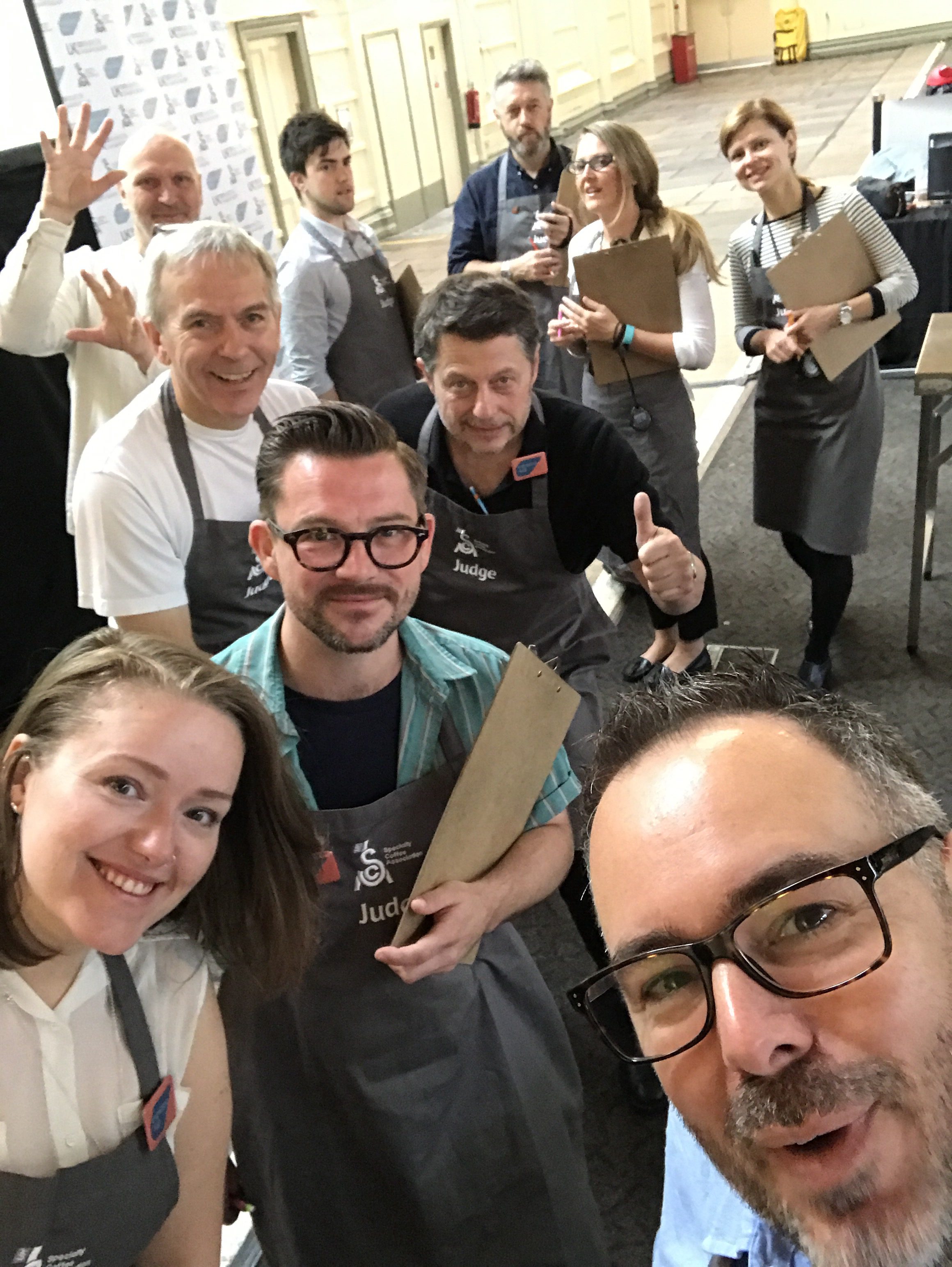 Gruppo Cimbali’s Rob Ward had the privilege of leading the judging team at the recent SCAE UK Barista Championships Finals and Semi–Finals. They were held on Saturday 19th & Sunday 20th August at The Passenger Shed at Bristol’s Temple Meads station.
“The venue was incredible, as well as making travel connections to and from the event really easy too! The Passenger Shed had been transformed into a mini-coffee festival for the two days of the UKBC competition with the support of the fantastic sponsors. During the event there were also panel discussions organised by the world famous Tamper Tantrum and educational seminars selected by SCA UK Board member Ben Townsend with the support of the London School of Coffee, Mercanta and the Barista Guild of Europe.

To help me with the extremely hard task of judging, I was joined by Edita Chodarcevic from Campus at Union Hand-Roasted leading the 2nd team, under the watchful eye of John Stubberud the WCE rep for the event from Kaffee-Alchemie in Salzburg.

The semi-finals had the top 16 competitors from the regional heats all looking to take home the crown and being named as UK Barista Champion. Plus win a trip to compete in the World Barista Championships in Seoul, South Korea during Café Show 2017 on the 9th-12th November.

All of the 16 finalists put in worthy performances, which you can watch again by clicking these links:

The competition was certainly hard fought, especially by the 6 finalists who had to do their routine again on the Sunday for the judges. The amount of effort that all of the competitors went through for the regional heats, the semi-finals and the finals, made an entertaining and nail biting year. There was such a wide variety of presentation styles and deferent coffees served throughout the competition that really showcased the development of specialty coffee in the UK. Thanks to all he competitors for educating, entertaining and engaging us all.

Of course there could only be one winner and this year saw the end of Origins Dan Fellows reign as UK Barista Champion. The end of his reign was inevitable due to the nature of annual competition, but none the less an end to a worthy champion who continues to promote specialty coffee in the UK and worldwide through his input into the wider coffee community.

The announcements were given by former World Barista finalist Maxwell Collona-Dashwood as everyone was drawn in and waiting with baited breath. The first announcement for best Signature Drink went to Dale Harris of Hasbean, best Espresso went to Paul Ross of Origin Coffee Roasters, and best Milk Drink went to William Pitts of Sans Pere.

With 3 different winners of the 3 drink categories, it was difficult to call who would win, but after 9 years in the making, competing and pushing himself every year – Dale Harris was crowned UKBC Champion 2017! Well-done Dale – so deserved!

We all wish Dale the very best in his preparation for the World Finals in November!”