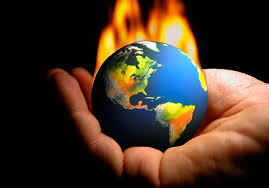 NASA reveal that temperature records dating back further than the 1800s show the warm climate over recent decades is out of step with any other period during the last millennium. NASA’s top climate scientist stated that ‘it’s very unlikely that the world will stay within the crucial temperature limit agreed by countries last year’.
This year has already seen scorching heat levels around the world, with the average global temperature peaking at 1.38C above 19th century levels, and this July was the warmest month since modern records began circa 1880!

So what does this mean for the coffee-growing areas?

Approximately 120 million of the world’s poorest people rely on the coffee economy, and as the temperature rises their livelihoods suffer. A recent report by the Climate Institute which was commissioned by Fairtrade Australia & New Zealand discovered that some of the world’s biggest coffee producing areas are severely at risk from the immense changes in the climate.
According to the report, climate change is already impacting coffee crops worldwide. In Tanzania, coffee production has fallen by approximately 137kg per hectare for every 1C rise in the minimum temperature, with a 50% decline overall since the 1960s. In Central America the extreme temperatures and high-altitude rains have also caused waves of pests and disease in coffee farms, and in 2012, coffee leaf rust affected 85% of the Guatemalan coffee crop. In fact, the 2012/3 season in Central America was one of the worse ever, with the damage costs amounting to US$500 million and 350,000 people losing their jobs.
By 2080, scientists have predicted that wild coffee could even be extinct! Wild coffee is extremely important because it affects the genetic diversity of farmed coffee. Climate change is not just about the future, it is now about the present and a potentially significant risk to all involved in the coffee supply chain.
Plus, for us devoted coffee drinkers, all of this will affect flavour, aroma and price!

As most coffee producers are small holders, they cannot easily adapt their growing methods to climate change on their own. But we coffee drinkers can help by only buying from brands that provide a ‘fair return’ to farmers and their communities, to help them tackle climate change issues.