Cimbali’s Rob Ward reflects on his recent trip to Vienna 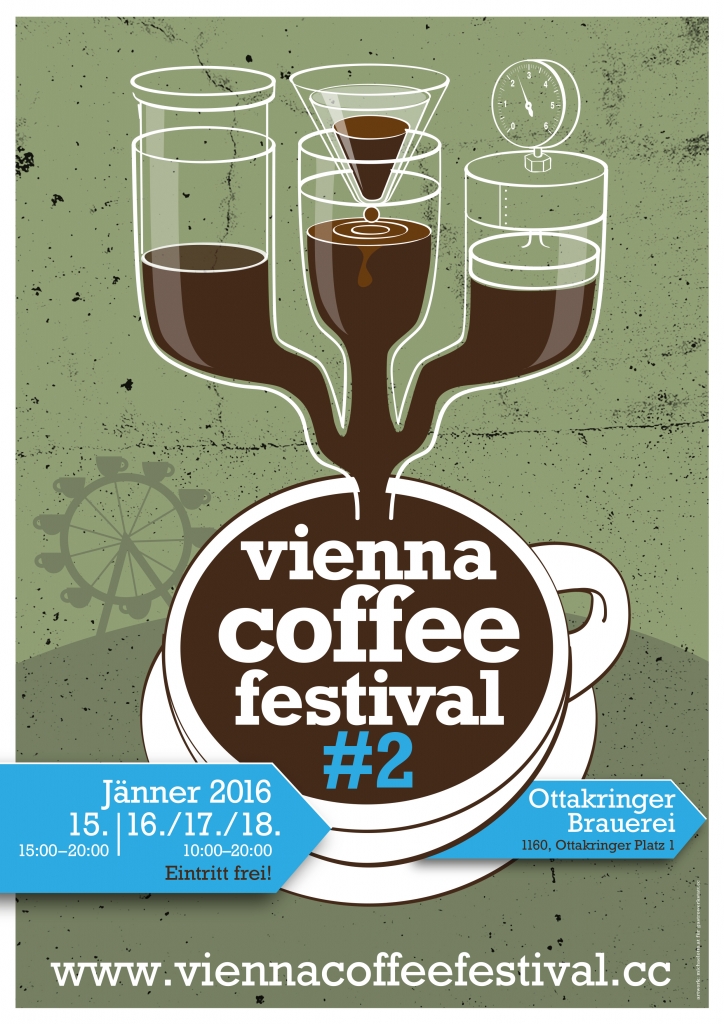 Cimbali UK’s Coffee Specialist Rob Ward has just returned from a trip to Vienna and reflects on his time there.

“My first trip of 2016 was by kind invitation from SCAE Austria to join the judging team at the Vienna Coffee Festival. Their national competitions prepare the way for the world finals that will be held later in the year in Shanghai and Dublin.

It’s a few years since I have been out to Vienna, which last time was a part of the lead up to the London Coffee Festival and also taking part in a road trip to collect vintage machines which we documented on YouTube. It included the now infamous coffee machine injury moment and also the World of Coffee in Vienna that took place a couple of months after the London Coffee Festival.

The judging team which included John Stubberud (Norway) now running a Cafe in Salzburg and who is a WCE rep, Vlad Alexandru (Romania), Lukasz Jura (Poland), Nina Rimpl (Switzerland), Phillip Meier (Switzerland), Christian Ullrich (Germany), and Martin Sedlacek (Austria), all took the opportunity on Friday morning before the festival got fully underway to visit some local coffee houses to calibrate our tastes and scoring ready for the competitions.

It was very encouraging to see an increase in 3rd wave coffee in a country that has a rich and deep coffee heritage, much older than here in the UK, and with it being embraced by a wide variety of age groups and different types of people.

The competition saw a variety of competitors taking part in Cup Tasters, Brewers Cup, Latte Art and of course the Barista Championships. The judging team worked hard getting involved in the set-up, organisation and also brewing for Cup Tasters and the energy of the whole venue just added to the excitement of what was going on. The crowds that were eager to watch the competitions were thick from aisle to aisle, even to a point that it became difficult at times to get the competitors from the practice area to the stage, but this helped build the expectation and excitement of the competition.

Being part of a different country’s judging team was a great experience and really showed the good work that the WCE reps do in monitoring calibration and keeping the scoring consistent around the world, which help Baristas prepare to compete on the world stage.

After the competitions were over I took time to look around the festival that had gone from around 1,500 to 10,000+ visitors in only its’ 2nd year, and I also made some coffees on a couple of stations and talked to visitors who were fully engaged in a changing coffee world.

My last duty saw me invited onto a round table panel debate on coffee culture in Austria and around the world, and how London has also become one of the strong players in the 3rd Wave coffee scene. Again, I was encouraged to see a willingness to change ideas from a lot of the panel with their focus on coffee as an ingredient that can offer so much more in the terms of flavour than just an Italian style espresso. Whilst this still has a place in our world as palates change and develop in terms of coffee flavour, we as coffee professionals also have a responsibility to continue to push and develop what we do too.