A look at plant based dairy milk alternatives 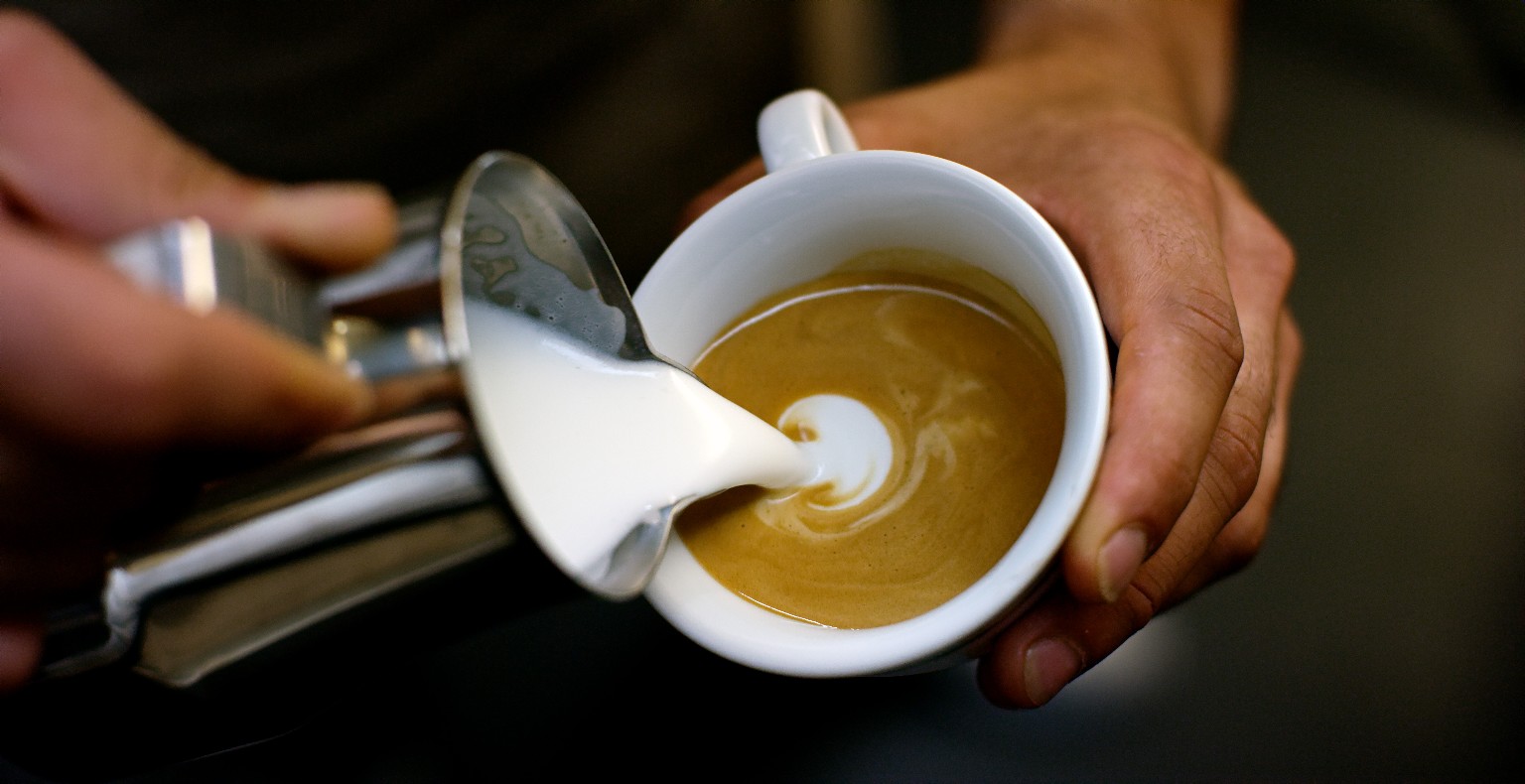 Rob Ward, coffee specialist at La Cimbali looks at the current wave of plant based milks that are flooding the market and provides some top tips on how to prep these dairy replacements for the speciality coffee menuI started to look at dairy alternatives over 15 years ago. Back then, dairy replacements were limited as was the knowledge and understanding of how such plant based options could be used in hot beverages. With consumers switching to lactose free, dairy free and plant based/vegan options as healthy lifestyle choices, plant based milks are increasingly popular amongst the wider population and not just enjoyed by those with allergies or intolerances. However, it can still be a difficult task to find a dairy milk substitute that truly makes the cut for both quality and flavour. It’s a niche and growing area (retail sales of plant based milks are increasing at a rate of 12% pa) which needs exploring by the industry as it has a growing impact for those in the specialty and commercial coffee world.The varying milk replacements can provide different textures and tastes so it is important to have an understanding of them, the most popular ones on offer being:Soy MilkSoy is generally considered to be less tasty than other milk alternatives, though it is usually the most widely available because it is both nut and dairy free. In terms of steaming and foaming, it has a good fat content (often around 3g per 100ml) and a decent protein level (often around 3-3.5g per 100ml) which produces a creamy and rich mouthfeel not too dissimilar to dairy milk. Having said that, soy milk has a strong flavour which stands up well to the bolder, commercial and more mainstream coffees but can be too overpowering to use with the more subtle flavours of speciality blends. Soy milk sweetened with apple juice can have a higher acidity which means it is more likely to split or curdle when used with higher acidity coffees like decaf or speciality coffee. It’s also worth noting that soy milk and latte art are not always a good fit. If it’s not prepared correctly soy milk tends to curdle creating mottled or lumpy latte artwork.

Most soy milks tend to ‘behave’ best when steamed to around 60 degrees Celsius (140 degrees Fahrenheit) and avoiding over heating is essential to minimise the risk of splitting. Almond MilkThe popularity of almond milk is on the rise with the health conscious as the nuts are packed full of nutrients with no cholesterol or saturated fats. It has a less overpowering flavour than soy milk but is does have a distinctly nutty taste which doesn’t always work so well with some speciality drinks. Almond milk has a fat content similar to many skimmed dairy milks (1g or lower per 100ml), but a low protein content too (sometimes as low as 0.3g per 100ml). It can therefore be difficult to produce long-lasting and dense milk foam for pouring latte art or achieving a creamy texture – though some people do experiment by adding more almonds to the milk and blending to build up the fat and protein content. More importantly, it tends to split similarly to soy milk at around 60 degrees Celsius where it will then lose its inherent nuttiness, while degrading any texture it had to begin with.Due the high water content found in most commercially available almond milks, many have opted to make their own almond milk which can maintain a texture following steaming and heating.Oat MilkI rarely go to a show or coffee based exhibition without seeing the team from Oatly who have a huge variety of oat based milk products including a Barista edition which has an added natural acidity regulator to help with the splitting issues previously mentioned. I have used this quite a few times and it does produce good consistent foam and handles almost milk like which makes it a good alternative to swap out. The flavour does have an edge of porridge oats but it is more neutral than some other products and personally for me more flavour appealing than Soy.From a nutritional point of view, Oatly has 3% fat which makes it closer to whole milk (4% fat) and 1.0g protein per 100ml, giving a thick creamy texture to any latte, flat white or cappuccino.Rice MilkRice milk is low in fat and is considered to be a reasonably healthy alternative to dairy milk, particularly for the lactose intolerant. That said rice milk has very low amounts of protein. This means that it is difficult to create a foam suitable for a cappuccino or other textured coffee without using rice milk that has protein enrichment. So, if you enjoy foamy coffee, look for rice milk that has added protein, and if possible, higher fat. Our best advice with rice milk is to use one of the blended milks available on the market, usually combined with almond or coconut. Provamel make a good range of blended nut milks that meet the nutritional demands to allow for successful steaming.Cashew MilkCashew milk is more often than not blended with other nut milks, though it is generally less ‘nutty’ in character and has a creamier texture when compared to almond milks. It is also considered to be sweeter than most milk alternatives which can be a plus for flavour, but it has the same issues with splitting if heated to higher than 60 degrees Celsius. In terms of its nutrition, typical content for readily available nut milks (those most easily available to us in the UK) seem to be sitting at around 1g fat per 100ml, with a protein content ranging from 0.5g per 100ml (Alpro) to 0.8g per 100ml (Provamel).Coconut MilkCoconut milk can be around 15g fat per 100ml with a protein content of around 1.5-2g per 100ml though most are available as a blended water and nut drink. Nut drinks tend to have lower values of both fat and protein in order to dilute them for their use as an immediately consumable drink, whereas nut milks in their more ‘raw’ state will allow you to tailor that for use in coffee. If possible, we recommend buying the coconut milk itself in its raw state and sweetening or blending it with other products to tailor its flavour and texture to suit the use with coffee. With a little dilution and some natural sweetening, coconut milk is usually an excellent alternative to dairy milk in terms of texture and flavour, without being overly nutty and distracting the palate from the all-important coffee flavours.Tips for using milk alternatives in hot beverages• Add to them, or simply make them yourself. It’s not as hard as you may think. This will put you in control of the strength of the nut or dairy alternative.• Try and make your coffee less acidic. If possible, brew a slightly longer shot of espresso or use a little less coffee to control the acidity. • Splash some of your cold milk alternative into the hot espresso before adding the steamed milk as this can help create a smooth and even texture. It doesn’t work with all alternative milks but it’s worth experimenting with.• Most alternatives to dairy milk have a lower ‘splitting point’, which can be as low as 60 degrees Celsius. Play it safe by pre-heating your serving cup to a higher temperature and then only steam your milk to around 60 degrees Celsius. As long as your timing is ok, the drink should then maintain a higher temperature by the time it is ready to serve, even though you have decreased the milk temperature a little.• Be prepared to agitate and mix milk excessively before pouring. This is a good tip with any milk regardless of its make-up, as milk foam will stick to the outside of your milk jug easily, and continuously swirling it in the jug can not only minimise the extent to which that happens, but also homogenise the entirety of your mixture to make it smoother for pouring, while stopping excessive drainage of foam.• Tweak recipes to suit your market’s preferences. If your customers like a rich whole milk drink but don’t want the dairy any longer, then substitute dairy milk for an equally rich nut milk. Taste them side by side in popular drinks like cappuccinos, lattes, Americanos etc. The more trials you run the more confident you will become in your nut milk recipes.